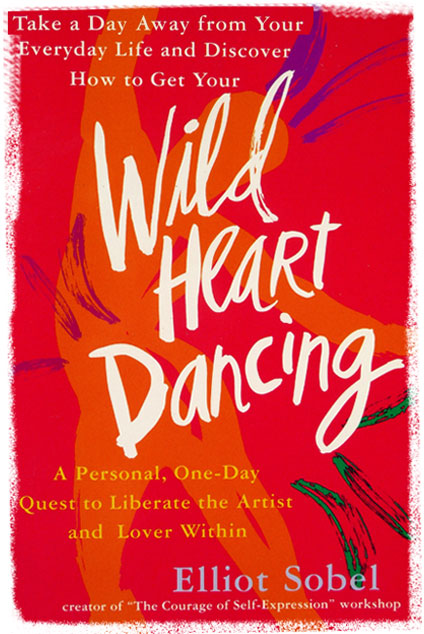 After spending a number of years leading intensive creativity and self-expression workshops at Esalen Institute and similar venues, I decided to create the “home-game” version, and designed this book as a one-day, self-guided creativity retreat.

Several weeks after securing an agent for the finished manuscript, I Iearned that Simon & Schuster, St. Martin’s Press and Bantam were in a bidding war for the book. This was completely unbelievable and amazing to me. Simon & Schuster was the highest bidder, and I received an advance from them of $26,000, the most money I had ever made in one year. I assumed that such an investment in an unknown author would indicate some level of vested interest on their part in helping to promote it.

I went into New York to meet the enthusiastic editor who had championed the book through the auction, and she and her assistant showed me the various promotional plans that would be undertaken. Several weeks later, however, my editor left Simon & Schuster, and her assistant followed soon after. I now knew no one in the company, and no one in the company knew my book. It more or less got moved along the production line as the next job to get done, but never received an ounce of support from S&S, and the book made something less than a splash in the marketplace.

I continue to receive letters of appreciation, however, from the many folks who did get hold of it and actually “did” the book as a one-day retreat. They generally report that the experience was deeply meaningful and had a very positive impact. In addition to which, as a traffic cop who pulled me over once said to me, (he asked me what I did for a living; I said I was a writer and handed him a copy of Wild Heart Dancing as proof) “It has pictures!,” which apparently meant I wouldn’t get a ticket.

“Hip, wise, zany and Zen, Eliezer is a delightful guide through the creative process and its healing power.”