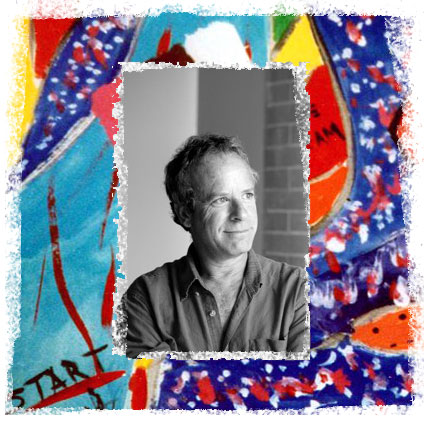 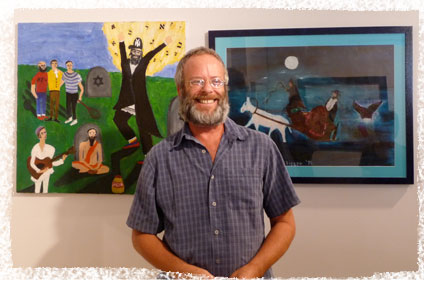 eliezer and his paintings at the Blue Door Gallery, Yonkers, NY 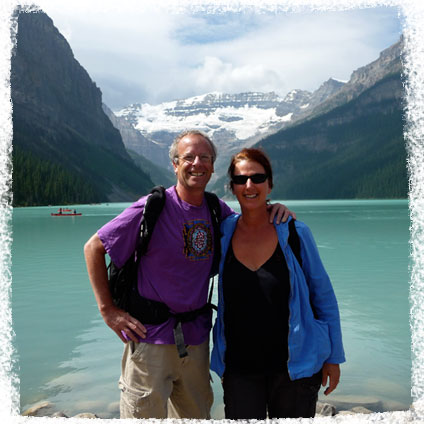 eliezer with his wife, shari

Eliezer’s latest book, DARK LIGHT OF THE SOUL, Encounters with Gabrielle Roth, is a collection of personal accounts from 150 people all over the world who experienced intimate, powerful, unforgettable, and often life-changing moments in their meetings with Gabrielle. She was the creative force behind a worldwide community of thousands who love and practice the “5Rhythms®,” a path of spiritual healing rooted in the body and movement. Eliezer met Gabrielle in 1979 and became
her lifelong collaborator, friend and student for 33 years, until her untimely passing in 2012. He was also a certified teacher of the 5Rhythms.

After many years of helping his mother through her 20-year journey with Alzheimer’s, and his father who suffered a Traumatic Brain Injury, Eliezer published two adult picture books for people with memory challenges. Both contain artful and realistic photographs of familiar images, along with short, easy-to-read captions in large print. No memory is required to turn the pages! The first book, Blue Sky, White Clouds, is designed for the general dementia population, while the second one, L’Chaim! Pictures to Evoke Memories of Jewish Life, is geared toward Jewish people, as the title suggests.

While serving in his capacity as an amateur human being over his 69 years, Eliezer divided his time between the creative life — writing, painting, playing music, performing, teaching — and the life of the spiritual aspirant — suffering, seeking, striving, sitting and silence. The sordid details of that journey are chronicled in his book, The 99th Monkey: A Spiritual Journalist’s Misadventures with Gurus, Messiahs, Sex, Psychedelics and Other Consciousness-Raising Experiments.

Eliezer’s two paths merged at one point in the form of the Wild Heart Journal: “Art, Creativity & Spiritual Life,” for which he served as publisher and editor for five years. The magazine developed from his book, Wild Heart Dancing: A Personal One-Day Quest to Liberate the Artist and Lover Within, which in turn grew out of intensive creativity workshops he led for many years at Esalen Institute and around the United States.

Minyan: Ten Jewish Men in A World That is Heartbroken, Sobel’s award-winning first novel, was shuffled between multiple agents and accumulated rejection slips for nearly 15 years. (See First Novel Blues.) Then, in a coincidental and staggering wave of encouragement from the city of Knoxville, Tennessee, of all places, the Knoxville Writer’s Guild gave Minyan the 2003 Peter Taylor Prize for the Novel, and only weeks later Knoxville’s New Millennium Writings awarded Mordecai’s Book, loosely excerpted from Minyan, its 2003 First Prize for short fiction.

Eliezer blogs for Psychology Today and has published Articles, Short Stories and poetry in Tikkun, Yoga Journal, Quest Magazine, Inner Directions, Magical Blend, New Age Journal, Mudfish, the Village Voice, Epoch, Zeek, The Hook, The Journal of Pastoral Care, The Minetta Review, the Widow, and others. He also served as the Associate Publisher and Editor of The New Sun magazine in the late 70s.

Eliezer Sobel lives in Red Bank, New Jersey with his wife, Shari Cordon. Their cats, the late Peanut, Plum, and Squarcialupi passed on to their next cat-lives several years ago; their present cats, Reb Shlomo-Bob Schneerson and Nudnick, have asked that their privacy be respected on these pages.